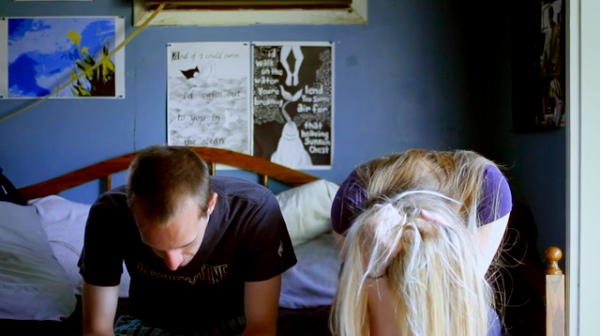 If you’ve ever been rejected by a loved one, you knows that it hurts. Think of the language that we use to describe the feeling - hurt, pain, broken hearts, heartache, and so on. Across cultures, many of the same words are used to describe social rejection and bodily pain. Is this all just metaphor, or are people who have been dumped genuinely feeling physical pain? A recent study by Ethan Kross and colleagues set out to address this question by putting volunteers who had recently experienced such intense rejection into brain imaging machines.

The principle behind brain imaging is straightforward. As you start taxing your brain, different neural circuits are called into action. These brain regions need to consume more oxygen, which is provided through the blood supply. Oxygen travels in your blood by binding to the iron that is present. This changes its magnetic properties in a way that an MRI machine can detect. The machine tracks where all the oxygen-carrying blood is going, and the places that ‘light up’ with oxygen are the brain regions being used the most.

The researchers recruited people who felt intensely rejected as a result of being dumped (an “unwanted romantic relationship break-up”) sometime in the last 6 months. The subjects were asked to perform two sets of tasks while in the brain scanner.

Experiment 1. The subjects would look at a photo of their ex partner, and think specifically about their experience of being rejected. They would then look at a photo of a friend of the same gender as their ex-partner, and think about a recent positive experience they shared with them. The experimenters compared the brain scans from the two experiences and identified regions that respond more heavily to the ex-partner than the friend. Their claim is that the regions thus identified are involved in processing social rejection.

Experiment 2. In one trial the subjects would be made to feel uncomfortably hot on their forearm. In the other, they were exposed to a stimulus that was warm, but not painfully hot. The researchers compared their measurements from these two tasks to identify brain regions that respond more intensely to the sensation of heat than to warmth. These should include regions involved in processing pain.

It turns out that there were regions that lit up in both the social rejection and physical pain experiments. These common regions fell in two different functional categories- let’s call them the Oh and the Ouch. The former are areas involved with sensing painful stimulus, whereas the latter are regions involved with the actual unpleasant feeling of pain. The researchers then looked up these specific brain regions in the literature, in over 500 studies. They found that the majority of these studies showed that indeed these regions were activating in response to physical pain. In other words, love hurts, and it can hurt in just the same way that physical pain does.

The discovery that an intense emotional experience can share a brain region with a visceral physical experience harks back to an old theory of emotion. According to this idea, our emotions arise in response to physiological changes in our body. When you get angry, you are actually responding to the sensation of your pulse racing, your muscles tightening, your adrenalin surging, and other cues from your body. This is the James-Lange theory of emotion put forward in the 19th century, and it has since fallen into disuse. But its modern embodiment (sorry) is the idea that our emotions are strongly modulated by the feedback that we get from our body, and it has been gaining experimental support. There’s a fascinating Radiolab episode that discusses the implications of this idea.

This study raises the following question to my mind: if there are people who experience physical pain with less intensity than the rest of us, are they similarly blunted to the feeling of being rejected? The 19th century ideas of William James and others may still be quite relevant to our modern understanding of emotion.

Image Reference The header image is a screenshot from a wonderful short film by Will Hoffman and Daniel Mercadante, created for Radiolab’s episode on Words. You can watch it here.