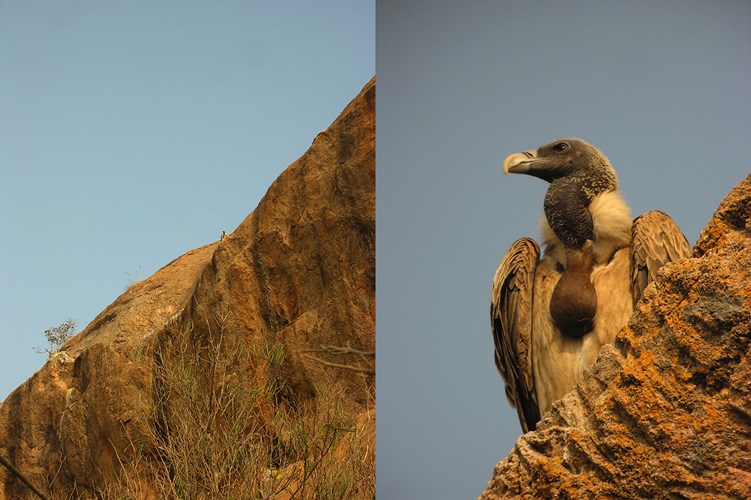 Indians today can hardly recall the last time that they saw a vulture. In the 1990s, these majestic birds were a common sight in the subcontinent, and would show up wherever there was exposed carrion. As a child, I remember marveling at vultures circling at impressive heights, probably looking back down at me with their incredible eyesight, their wings outstretched as they effortlessly hovered on columns of warm air.

But since the nineties, their numbers have been falling dramatically in India, Pakistan and Nepal. The scale is astonishing - for every thousand white-rumped vultures in 1990, only one is alive today. A similarly sad story holds for the Indian vulture and the slender-billed vulture. Together, all three Asian vultures are now listed as being critically endangered. 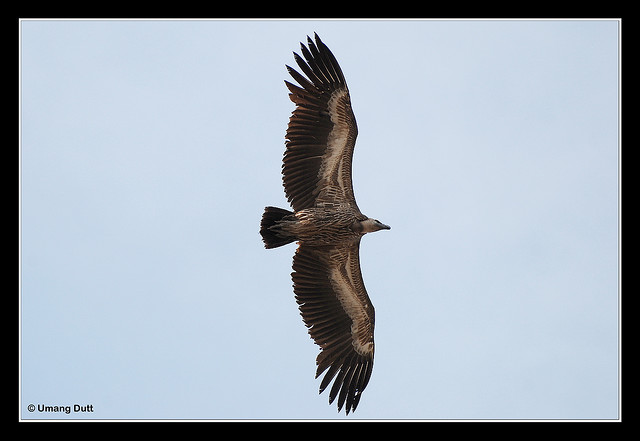 So what’s going on? It’s not that they are being hunted. For one thing, the killing of all wild animals in banned in India. But also, vultures have always provided a much valued ecological service. Most villagers dispose of dead animals by dumping the carrion. And they rely on the vultures to clean up.

Vultures have an undeservedly bad reputation. Because we associate carrion with disease, people believed that vultures spread diseases. But in fact, we now know that the opposite is true. Their powerfully corrosive stomach acids allow them to safely digest carrion that would be lethal to other scavengers, wiping out bacteria that can cause diseases like botulism and anthrax. They are the purgers of death and disease.

In their absence, populations of feral dogs have exploded, bringing with them the threat of rabies and human attacks. And if rats follow suit, India would face a new public health nightmare as it tries to control the spread of rodent-borne diseases like bubonic plague [1]. 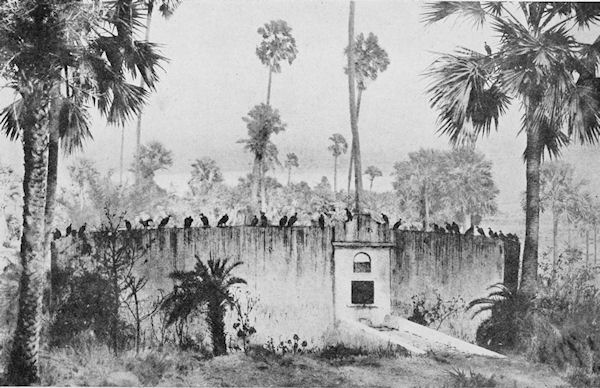 The Parsi Tower of Silence in Bombay, circa 1900

The absence of vultures is also having a cultural impact. The Zoroastrian Parsis in India have long maintained a tradition of sky burials. They leave their dead out on platforms for the vultures to consume, in order to avoid defiling earth, water, and fire with what they consider to be an unholy corpse [1]. These towers of silence, as they are known, would once attract many hundreds of vultures. Now they are eerily empty, forcing the Parsis to find new ways to deal with their dead.

So what is causing the mysterious collapse (often literally so) of vulture populations? It’s a daunting puzzle to solve, and in 2003 an international collaboration of scientists stepped up to the challenge. Their work [2] was supported by the US-based Peregrine fund and in collaboration with the Ornithological society of Pakistan. They discovered that most the dead vultures had pasty chalk-like deposits of uric acid crystals on their internal organs. This is a terrible disease called visceral gout, and is a sign of kidney failure.

But what was causing the kidney failure?

To solve this, the authors systematically began to rule out possible explanations, in a manner that would make an episode of CSI look like child’s play. They established that it wasn’t pesticides or heavy metal poisoning, nor nutritional deficiency or a bacterial or viral infection. Instead, they found that the occurrence of kidney failure was correlated with the presence of a single chemical called diclofenac. Within a few days of consuming contaminated carrion, the vultures would fall sick, begin to droop their necks severely, and then collapse. Sometimes they would fall right out of their perches.

In essence, we were unintentionally poisoning the vultures. Diclofenac is an anti-inflammatory drug that is used by livestock farmers in India to treat their cattle and water buffaloes. Studies have since identified a vulture-safe alternative. In a last ditch move to rescue the vultures, the India’s National Board for Wildlife recommended a ban on diclofenac in 2005. A year later, this resulted in a manufacturing ban on diclofenac for veterinary use, and it was two more years before it was made an imprisonable offense to produce, sell or use this drug for veterinary purposes in 2008. All the while the vulture numbers had been falling steadily. 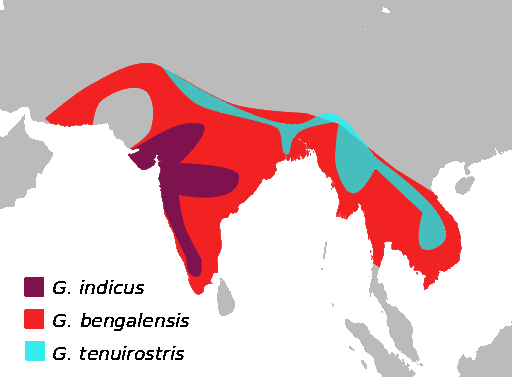 Where vultures would roam. The former distribution of vultures in the Indian subcontinent.

So how effective has this ban been in rebuilding the vulture populations? This question was addressed by another international collaboration, in a study [3] published last week. This work was led by the Royal Society for the Protection of Birds in the UK, and the researchers hailed from institutes in the UK, Spain, and from wildlife conservation societies in India. They measured the concentration of diclofenac in 4500 liver samples from 21 locations across India, taken from carcasses before and after the ban on diclofenac. 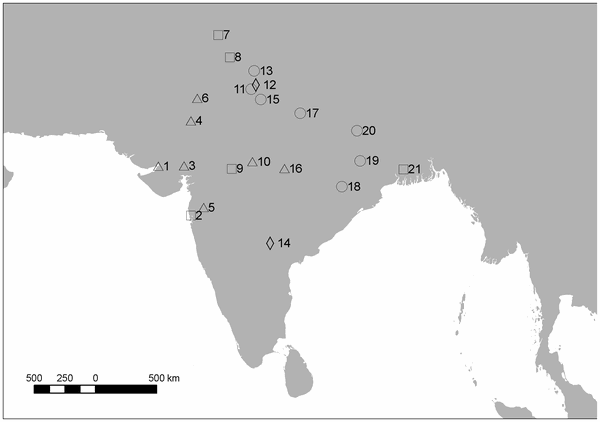 The sites at which carrion were collected for the study

Here’s what they found. When comparing 2004 (pre-ban) to 2008 (post-ban), the percentage of samples that were contaminated went down from 10.1% to 5.6%. The concentration of diclofenac in these contaminated carcasses had also gone down, by about a factor of 2.

The next question is, what does this mean for the vultures? Is this enough of a drop in contamination for them to start making a comeback? This is a tricky question because of the limited data and the many source of errors involved. The aim of this paper was to answer it.

They combined their measurements with available numbers for how much meat the average vulture eats, and how poisonous this chemical is to them. After a careful statistical analysis, they were able to estimate the overall effect on the white-rumped vultures. What they found is that in 2004, every meal that a vulture would eat had about a 1% chance of killing it. In 2006, this reduced to a quarter of a percent chance of death, per meal. Vultures eat about every 2-3 days, so over the course of the year these percentages begin to multiply.

Finally, the researchers plugged these numbers into a simulation to work out the rate at which the vultures are dying. In 2004, their results indicated that 80% of vultures were dying every year. By 2006, about 28% to 33% of them are dying every year. So the annual death rate has gone down to more than half what it was before the ban. They extrapolate that the death rate in 2007-2008 should be about 18%. Put another way,** these odds amount to every vulture having to play an annual game of Russian roulette. **And these are birds that are already critically endangered.

While the drop in death rates is encouraging, the researchers remained unconvinced that enough is being done to rescue the vultures. The fact that carcasses were contaminated well after the ban points to illegal use of diclofenac. For a critically endangered population, losing more than a sixth of your numbers every year is too heavy a toll to bear. In order for the vultures to stand a chance, the government still needs to focus its efforts on a stronger enforcement of the ban, as well as take on further conservation measures in parallel. 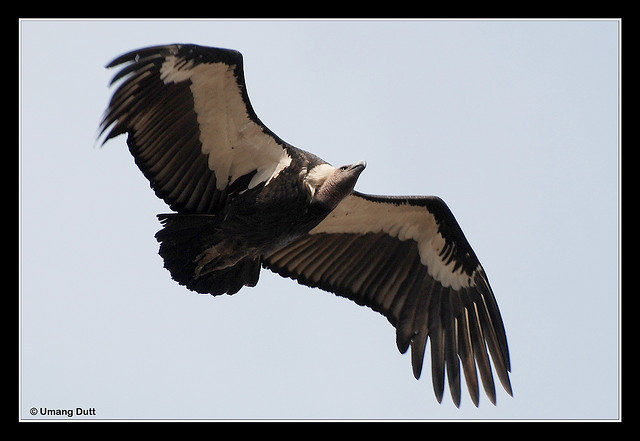 The story of the declining vultures is yet another reminder that ecosystems are fragile, interconnected and delicately balanced. Destroying a species can affect our own health, our environment, and even our culture in ways that are near impossible to predict.

If vultures vanish from the Indian subcontinent, it would certainly adversely affect the lives of its human inhabitants. We can try to put a dollar value on what the loss would cost us. Such cost versus benefit type of calculations can make a compelling case for rescuing endangered species and maintaining biodiversity.

Yet I have always felt that they miss an important part of the picture. There is another reason that we should value the vultures, that has less to do with economics and more to do with ethics. That reason is this: in our negligence, we would be responsible for the loss of these majestic birds, as well as the 3.5 billion years of evolutionary baggage that they have carried with them. And I’m not sure that we can put a price on that.

The header image is of an Indian vulture, courtesy B V Madhukar. The two images of the White-rumped vulture are taken by Umang Dutt. All three images are shared under the Creative Commons License.

The image of the Parsi Tower of Silence and the Vulture distribution map are from the Wikipedia Commons.