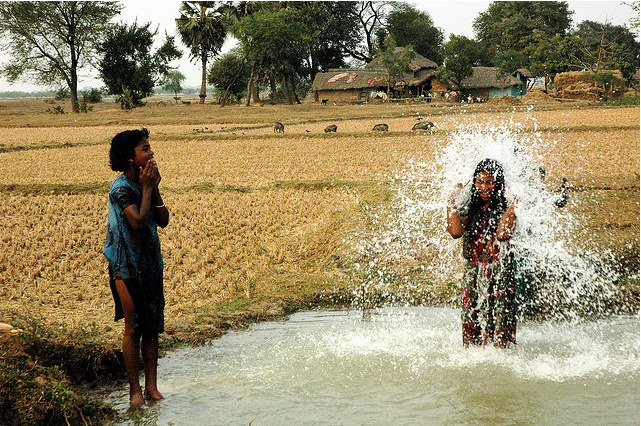 I’m back at home in India, and visited my local toy store today, looking for a science kit for a wide-eyed young friend. A woman walks in, seeking a toy for a one-year-old child. “A boy, not a girl”, she hastens to add. The shopkeeper smiles, and says that at one year of age there isn’t really a difference. “I know”, replies the woman, “but I don’t want you to pick out a doll.”

This is a small example, but I find it sad how we impose these gender roles onto infants. You don’t need to be a sociologist to realize that much of one’s gender identity depends on society. If you ask an adolescent girl growing up in the United States what she wants to be when she grows up, her answer will be quite different from that of a girl in India or Afghanistan. Every society creates certain expectations for its children, and this affects the kinds of educational opportunities and careers they aspire towards. Crucially, study after study has shown that these ambitions really matter. What a child believes about their capabilities has a strong bearing on what they will actually achieve.

In the developing world, girls are routinely subject to lower expectations than boys. This bias creates an inequality in educational and societal opportunities. This raises an important question.** Is it possible to reduce the gender gap in a society by changing the beliefs of individuals? A clever new study to be published in Science argues that in rural India, the answer is yes. **The authors argue that the presence of a prominent female role model in an Indian village reduces the gender gap in that village.

Think for a moment about how you would test such a claim. Well, you’d have to randomly divide villages into two different groups. In the first set of villages, you make no change. In the second set, you put a woman in charge of each village. Then you wait and see how things change. It’s important that you choose the villages at random, because it ensures that there won’t be any other difference between the two groups. If you do see a difference develop, you can conclude that it must be caused by the change you made - in this case, the presence of a woman leader.

The insight by the authors was that India has already implemented such an experiment.

In 1993, India made a constitutional amendment to institute gender quotas nation-wide, for positions on village councils (gram panchayats). This has had a dramatic effect on the rural political landscape. In the eight years from 1992 to 2000, the number of women in rural village councils has risen more than eight-fold.

What’s more, in many Indian states, this quota was implemented in a randomized fashion. A third of the village councils are randomly chosen to be reserved for a female chief councilor (a_ Pradhan_). Just the right conditions for our hypothetical experiment.

The researchers surveyed nearly 500 villages in a poor, rural district of West Bengal called Birbhum, about 200 km from Kolkata. The reservation system went into effect in West Bengal in 1998. Depending on how the dice fell, over the next decade villages in this district had either been reserved for a female Pradhan once, twice, or not at all. The researchers questioned both adults and adolescents (of ages 11-15), asking them questions about educational and career aspirations. In addition to measuring beliefs, they also looked at concrete results by conducting a math and reading test for 9 year old boys and girls enrolled in school. 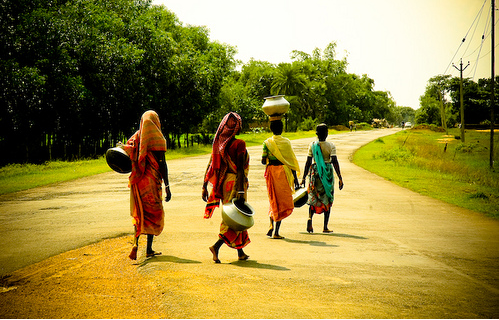 Here is what they found. First, let’s look at villages without reservations. There is a real and measurable gender gap here. On average, daughters spend 79 minutes more per day on household chores than boys. Parents have higher educational aspirations for their sons. They are 10% less likely to want their female child to study beyond secondary school. This belief extends to the children, girls are less likely to want to graduate. Furthermore, this gap extends to actual educational outcomes. Girls are 6% less likely than boys to attend school, and 4% less likely to be able to read and write.

What about careers and ambitions? In these villages, three-quarters of parents believe that their daughters’ occupations should be decided by their in-laws, while not applying the same criteria to their sons.

What’s more, this change in beliefs also translates to a change in educational outcomes. After two terms under a female Pradhan, boys and girls are reading and writing at the same level. **Across the board, from education and domestic life to career choices, the researchers find that the gender gap shrinks after female reservation. **And it doesn’t end there. The researchers also found that post-reservation, villages are far more likely to elect a female leader. This simple policy change has far reaching consequences. 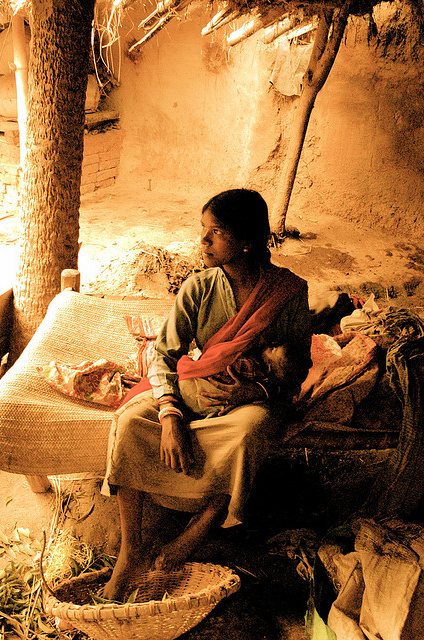 A young mother breastfeeds her child, in the Birbhum district of West Bengal. Image credit: basoo!

What could be causing this change? The authors argue that people’s beliefs about womens’ capabilities change after being exposed to a strong, positive female role model. But that’s not the only possibility. It could also be that these women leaders are instituting policies that specifically help women succeed, such as investing more in female schooling. The authors don’t think that this is happening. To rule out this explanation, they repeated their study for a slightly older age group, from ages 16 to 30. For these young adults, they could find no evidence that the gender gap was any smaller in reserved villages, suggesting that this is a bona fide role model effect.

This study is particularly important in the Indian political and social climate, where gender discrimination is rampant. In 2010, the upper house of the Indian Parliament passed a bill that proposes to reserve one-third of all seats in the lower house and state legislature for women. The bill, a constitutional amendment, has faced widespread backlash and remains stalled in the lower house.

There is a lesson here for those who oppose political reservation for women. And that is this, political reservations are not just about power. It is also about creating role models, and opening up opportunities that are previously inaccessible. This study shows that in rural India, gender reservation leads to a real, measurable impact in reducing educational and social inequality.